Knoxville, TN – The Knoxville Museum of Art presents Evan Roth//Intellectual Property Donor May 8-August 2, 2015. This exhibition is the first major U.S. one-person presentation of Evan Roth’s pioneering multi-faceted and interactive installations, custom software, prints, sculptures and websites. Roth, a self-professed “hacktivist” artist, is interested in uses of technology in popular culture and the urban environment. He inventively combines elements from the disparate worlds of computer programming and street culture. Evan Roth//Intellectual Property Donor offers a unique opportunity to understand the artist’s approach from analysis and archiving to experimentation through to the final—and in the artist’s mind— most important step, opening it up to the world for participation. Blurring the line between artist and hacker, the exhibition challenges gallery visitors to consider how everyday life intersects with virtual reality and how viral media can become fine art.

Evan Roth is an American artist based in Paris. His notable pieces include Graffiti Taxonomy, Multi Touch, EyeWriter, Internet Cache Portraits. He also collaborated with Jay-Z on the first open source rap video. Roth worked at the Eyebeam OpenLab, an open source creative technology lab for the public domain as a Research and Development Fellow from 2005 to 2006 and was a Senior Fellow there from 2006 to 2007. Evan Roth co-founded the Graffiti Research Lab in 2005 and the Free Art and Technology Lab (FAT Lab), an arts and free culture collective, in 2007. Born in 1978 in Okemos, Michigan, Roth currently lives in Paris with his wife and daughter where he maintains a studio and is represented by XPO Gallery.

Evan Roth//Intellectual Property Donor is organized by the Ezra and Cecile Zilkha Gallery, Center for the Arts, Wesleyan University in Middletown, Connecticut and is curated by Ginger Duggan, Judith Hoos Fox of curatorsquared. 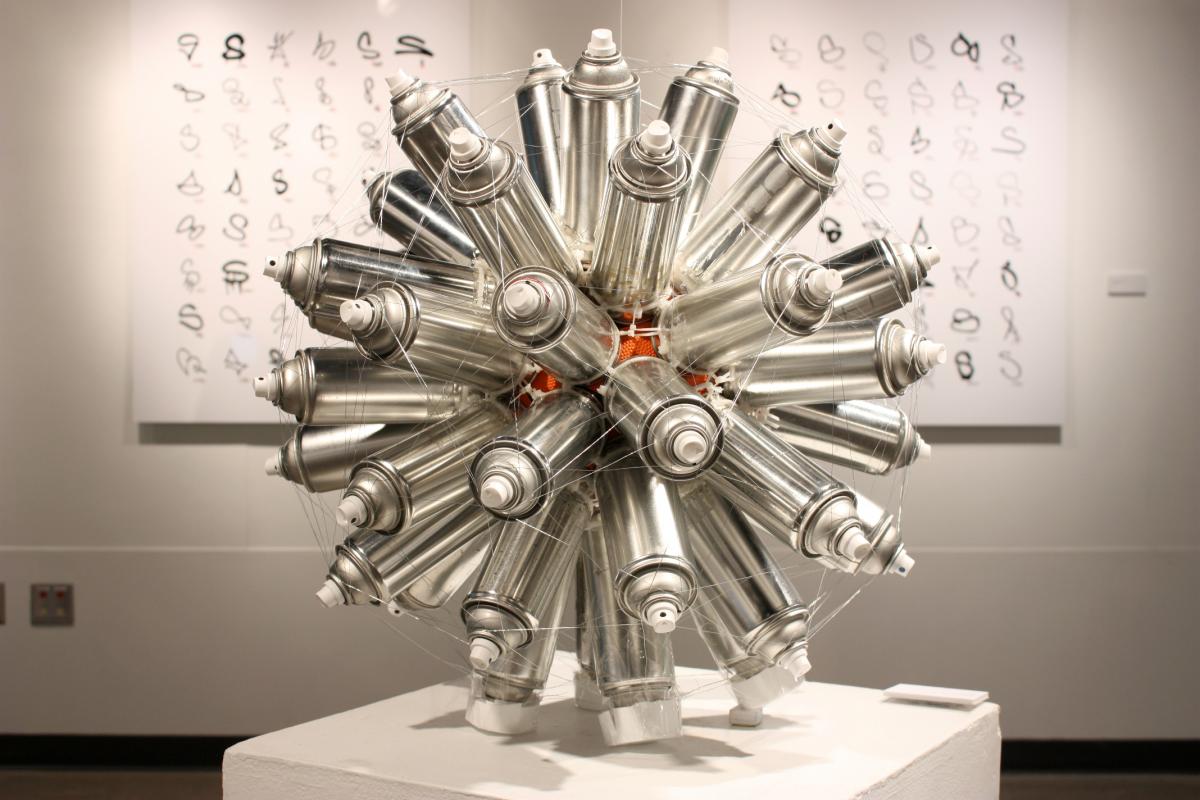