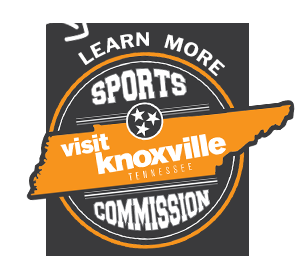 OPEN TO THE PUBLIC

The TYR Pro Swim Series, a multi-day, nationally televised swim meet, is returning to Knoxville for its second stop on the 2019-2020 Tour. Historically, each stop attracts between 400-600 of the world’s top swimmers including, USA Swimming National Team members, Junior National Team members and top-50 world ranked swimmers. The anticipation of this year’s event is especially heightened due to the upcoming 2020 Tokyo Olympic Games beginning in late July. This event is open to the public, so come out to watch Olympic medalists, world record holders, and rising stars all make a splash in Knoxville.

BOOK YOUR ROOM AT THE OFFICIAL HOST HOTEL

The above downtown hotels can be booked by clicking HERE and entering the hotel name in the search bar.

USA Swimming is the National Governing Body for the sport of swimming in the United States. We are a 400,000-member service organization that promotes the culture of swimming by creating opportunities for swimmers and coaches of all backgrounds to participate and advance in the sport through teams, events and education. Our membership is comprised of swimmers from the age group level to the Olympic Team, as well as coaches and volunteers. Members can get involved through our more than 2,800 teams across the nation. Learn more at usaswimming.org

Tennessee Aquatics is a USA Swimming Silver Medal year round swim program serving swimmers of all levels by offering programs in competitive swimming, Masters swimming, non-competitive swim groups, lessons programs, and now even diving. Tennessee Aquatics prides itself on providing a great culture and learning environment for all of our athletes, while consistently being one of the top ten teams at Junior Nationals. The club trains at the Allan Jones Intercollegiate Aquatic Center and the University of Tennessee Student Aquatic Center and has access to 30 SCY lanes and 18 LCM lanes during the competitive season. Learn more at teamunify.com

GETTING AROUND DOWNTOWN KNOXVILLE