THE AMERICAN CORNHOLE ORGANIZATION WILL HOST THE ACO WORLD CHAMPIONSHIPS OF CORNHOLE X IN KNOXVILLE, TN 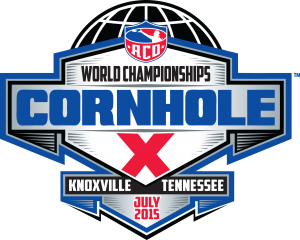 “We are very excited to be partnering with a great city, Knoxville, TN, to host the ACO World Championships of Cornhole X in July, 2015,” stated Frank Geers, President of the ACO. “This is going to be a monumental Cornhole event. The Knoxville Convention Center is situated in the heart of the city and will be the perfect venue, and with newly added Events, and our Membership base growing daily, it promises to be a great 5 days of Cornhole.”

“With the growth of cornhole popularity around the world, Visit Knoxville is excited to assist in hosting this tournament,” said Kim Bumpas, President Visit Knoxville. “We are proud to add American Cornhole to our list of event competitions being scheduled for the summer of 2015. We will be encouraging the community and visitors to enter and be spectators.”

The ACO World Championships is open to all players of every skill level and will feature the most coveted Title in the Sport: the ACO World Singles Title, the crowning of the single best player in the World, if male “King of Cornhole,” and female the “Queen of Cornhole”. Other notable Title tournaments held will include the World Doubles Championship, the World Slyder Cup, the King of Sling, and the World Social Doubles.

The ACO has added some great new features that will engage more players and fans:

First, is the addition of the World Slyder Cup (a 5 person team competition), which will be open to all players.
“We are very excited to be adding the World Slyder Cup to this year’s Worlds,” added Geers. “The concept of the team challenge has been something the ACO has been discussing for years. We just wanted our timing to be right to launch the concept, we believe our players are finally ready, so we decided that Season X would make the perfect season to add this activity to the lineup.”

Second, the ACO will be making a major change to the previous tournament known as the King of Cornhole tournament which crowned the single best player in the World. Moving forward the event will be called the World Singles Championships that will be open to all male and female players who qualify. The winner of the tournament will be crowned either the King of Cornhole if a male or Queen of Cornhole if a female wins the title. This means that in each year only one player can be crowned the single best player in the world, male or female.

“It’s only a matter of time before the ACO crowns a female player as the best cornhole player in the world, maybe this is the year,” said Eric Hinerman, Director of Certified Officials for the ACO. “It really wasn’t going to make sense for a female to win the World Singles Title and be crowned King of Cornhole.”

Third, the ACO has been working to make the overall experience for players, fans and sponsors better each World Championships, this season is no exception. We are proud to introduce the first ever Tailgate Tradeshow, featuring all types of businesses and products centered around the tailgating world. “Cornhole is the number one game activity while tailgating. So we thought why not bring tailgating to the number one cornhole event on the planet, the ACO World Championships of Cornhole? The idea made too much sense not to move forward with it, so we are,” stated Frank Geers. “In time we hope to develop the Tailgate Tradeshow into a huge part of the ACO Experience.”

ACO officials expect to have 700+ players from 25+ States participating in the 5 day event. For more information and to learn how you can you can participate, visit AmericanCornhole.com

If you’re interested in sponsorship opportunities here are a few of the featured sponsorships available:

ABOUT AMERICAN CORNHOLE, LLC
The American Cornhole, LLC was established in 2005 and headquartered in Milford, Ohio. American Cornhole Organization (ACO) is the governing body for the sport of cornhole, offering official cornhole rules, certified products, tournament listings, comprehensive information about cornhole events, and an ACO Certified Official Program that brings awareness of the sport to localized markets.
For more information about the ACO or Frank Geers or go online at www.AmericanCornhole.com

ABOUT VISIT KNOXVILLE
Visit Knoxville (Knoxville Convention and Visitors Bureau) is the official CVB for the City of Knoxville and Knox County. Visit Knoxville is a 501(c)(3) nonprofit, private company that works together with the community, business leaders and local and state government to further develop Knoxville as a premier leisure, meetings and travel destination.